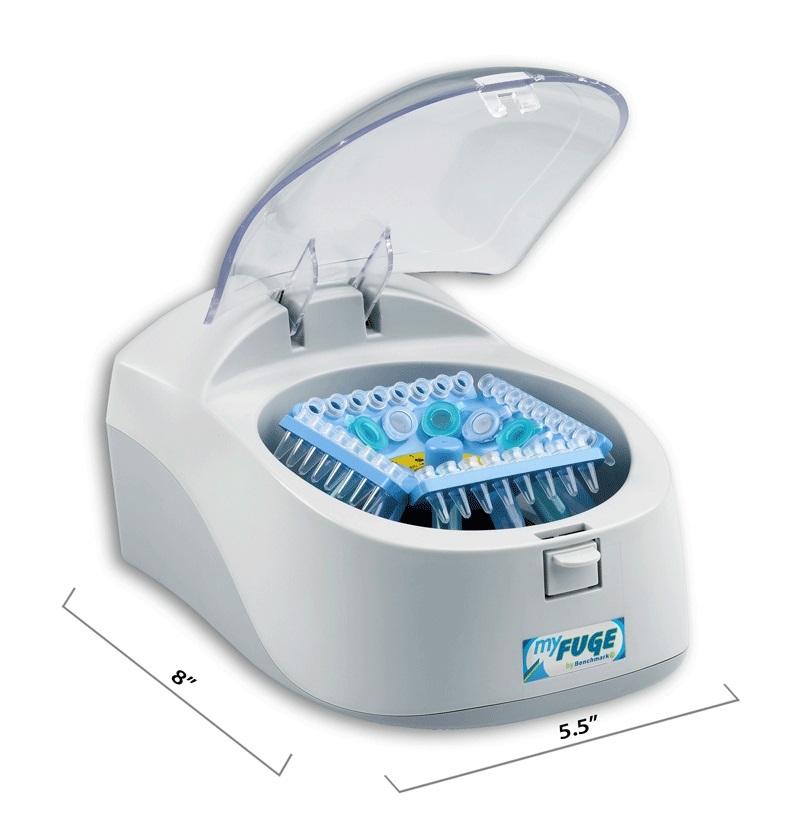 A laboratory, by definition, is a room full of scientific equipment. Equipment that makes the work of the professionals and scientists in the lab not just easier and more efficient, but in most cases, makes it possible at all.

Imagine trying to study the microscopic details of a tissue sample without a microscope or measuring a microliter without a pipettor. The first is not possible. The second would take a lot more work.

Lab equipment, whether complex like a spectrophotometer or as simple as a balance or a water bath, is used throughout practically every process in every type of lab.

A characteristic that’s present in several types of laboratory equipment is rotation or spinning. And while one device may spin to effectively mix the liquid contents of a vial or test tube, another one’s spinning motion has the opposite effect. Yet they both accomplish their end goal by way of rotation.

With such a dizzying topic, we want to “mix it up” a bit with a little answer and question game (a bit like another game you might be familiar with).

So without further adieu, let’s play!

Our category is “Things that spin.” These are all things that are found in a laboratory.

Answer: This equipment is found in many labs and is used to separate the components of a solution or fluid based on their density.

A centrifuge has a centrally placed rotor with angled openings to hold the fluid-containing vials. It spins rapidly, at anywhere from around 4,000 to 150,000 rotations per minute, creating a centrifugal force on the contents. This forces the heavier or more dense components of the fluid away from the center and to the bottom of the vials, while the less dense materials stay at the top, closer to the center.

The centrifuge works like a Rotor-type ride in an amusement park where riders stand against the inner wall of a cylinder. As it spins faster and faster, their bodies are pinned to the wall. Just like the denser substrate in a centrifuge, the body is forced outward into the wall.

Alternatively, the rotor of the centrifuge may be replaced with hanging buckets that swing outward in a horizontal motion when it spins or a drum rotor in which the tubes remain vertical.

Centrifuges are common in most types of labs. They’re used in microbiology, biochemistry, environmental, pharmaceutical, and clinical testing labs just to name a few.

In the lab, a centrifuge may be used for separation of:

Types of Centrifuges used in the Lab

Centrifuges come in many shapes and sizes.

Low-speed centrifuges operate at around 4,000 to 6,000 rpm. They typically are not refrigerated, so are not an option for temperature-sensitive samples on their own… however, most can be used in a cold room. Because they operate at slow speeds, they do not produce significant amounts of heat. A low-speed centrifuge is useful for separating blood samples.

Some models are small, like Benchmark’s MyFuge Mini Centrifuge. The MyFuge is small enough to fit in your hand and reaches 6,000 rpm.

Small or mini centrifuges can be versatile and handy to have around. One like MyFuge 12 Mini Centrifuge has a unique rotor that can accommodate microtubes and PCR strips at the same time.

High-speed centrifuges can operate at speeds up to 25,000 rpm. The friction caused by the rapid rotation can raise temperatures to above ambient room temperature, so many will offer temperature control for those sensitive

A high-speed microcentrifuge such as Benchmark’s MC-12™ High-Speed Microcentrifuge with 12 place rotor is benchtop sized and can reach speeds up to 15,500 rpm. The MC-12™ holds as many as a dozen 2ml centrifuge tubes and has optional adapters for smaller tubes (0.2 or 0.5ml). Although it is not refrigerated, it can be used in a cold room to maintain lower temperatures.

An ultracentrifuge is the mac-daddy of centrifuges. It can reach 150,000 rpm generating intense heat, so refrigeration and vacuum-sealed chambers are not just standard, but a must.

The ultracentrifuge has the largest capacity of all, with some being able to accommodate up to twelve liters at a time.

Answer: This lab equipment rapidly mixes fluids in a tube by pressing the tube to the cup on its surface.

Question: What is a vortex mixer?

A vortex mixer vigorously stirs the contents of a test tube, centrifuge tube, or microcentrifuge tube in a circular motion creating a vortex within the tube.

Most vortex mixers work by touching the tube to a rubber cup or pad. The application of pressure causes the motor to activate. A vortex pattern similar to a tornado or hurricane is created within the tube, mixing samples within seconds.

A vortexer doesn’t have to be large to get the job done. The Vornado Mini Vortexer is palm-sized and can mix the contents of a 50ml tube (or smaller) quickly and efficiently.

Some vortex mixers have the option of running on continuous mode for when longer mixing periods are required.

Multi-well plates can also be mixed via an appropriately fitted vortex or one specifically designed for plates. Vortex mixers like this BenchMixer Vortex Mixer have changeable heads for mixing multiple samples or for extended use.

Let’s look at another answer. How about…

Answer: This lab equipment mixes fluids more gently than a vortex and can accommodate several at a time. Hint: it doesn’t so much spin as it nutates.

Question: What is a nutating mixer?

When a sample requires more of a gentle approach, a nutating mixer will get the job done. With a 3-dimensional rocking or wobbling motion, a mixer like the Benchmark MiniMixer™ 3D Nutating Shaker provides a foam-free mixing of contents. Depending on the container size and mixer, a nutating mixer or shaker can accommodate several blood or centrifuge tubes, plates, or other containers at a time.

The MiniMixer can be used in the cold room or incubator for temperature control during the mixing step.

Answer: This thing sometimes feels like it’s spinning, although it doesn’t visibly move.

Question: What is a technician’s or scientist’s head after a busy, but fulfilling, day?

Medical science and scientific research are absolutely fascinating. But sometimes our brains can take in so much information that they feel like they’re spinning. Fortunately, although there’s constant motion in our human bodies, the spinning head is just an illusion. Our brains don’t spin unless the rest of the body does, too. (Refer to the amusement park rides discussed above.)

That’s it for today’s episode… be sure to tune in next time.

In the meantime, check out our website at PathSUPPLY.com or give us a call at 800-631-3556 for your pathology and lab supply needs.

At PathSUPPLY we are helping those who help patients.